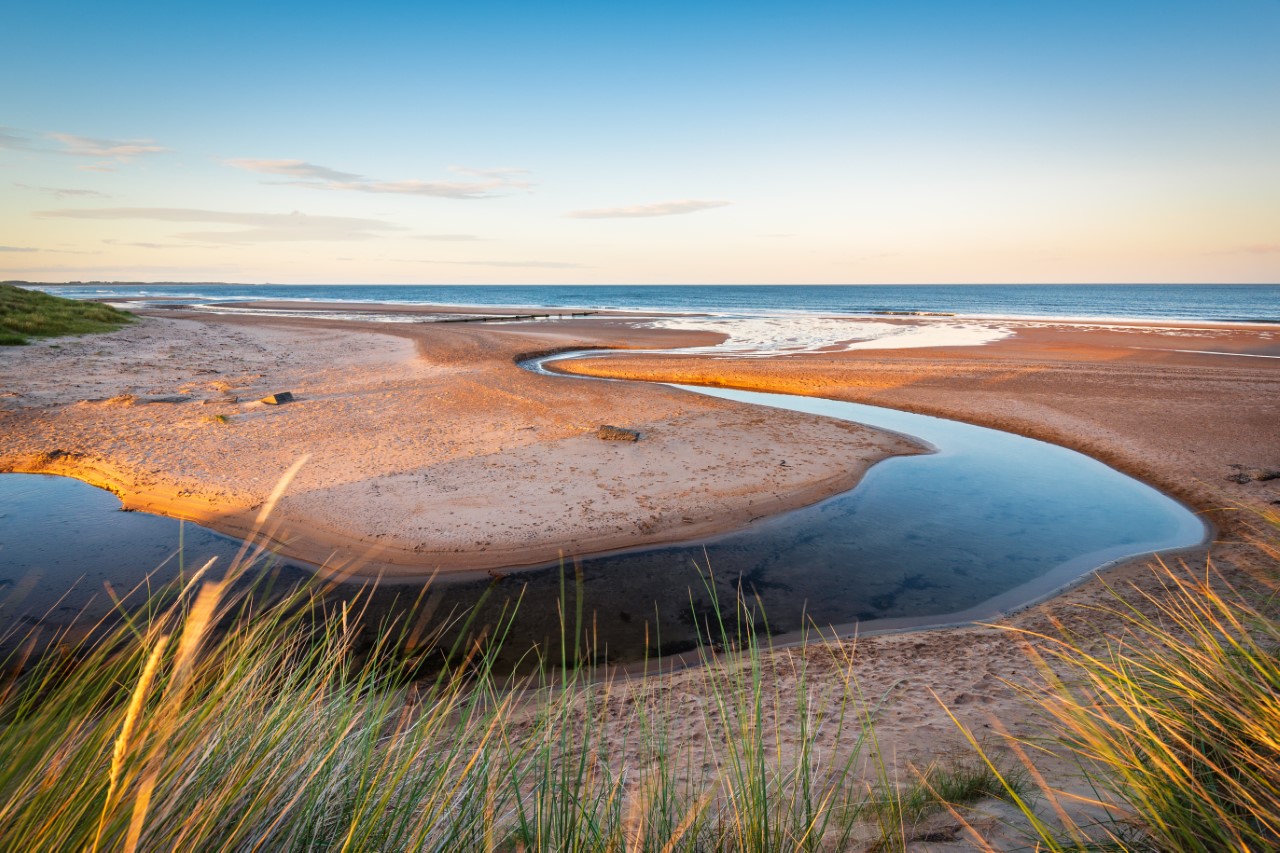 Visit for sweeping views of golden sand and blue water.

Located on the Northumberland Coast, Druridge Bay is a 7-mile beach which sits between the coastal towns of Amble to Cresswell.

During the Second World War, Druridge Bay was fortified as part of anti-invasion preparations, and you can still see the anti-tank concrete blocks that were placed along the shoreline.

The beach is situated within Druridge Bay Country Park, and the park contains toilets, a café, and a playground. The Park is home to several nature reserves, and its populations of swans, golden plovers, and purple sandpipers makes it a great destination for bird watchers.

Q How to get to Druridge Bay?

Most visitors travel to Druridge Bay by car and park at Druridge Bay Country Park Visitor Centre (NE61 5BX). The beach is a short walk from the visitor centre’s car park.